The CHP technology based on a steam turbine process represents a field-tested large-scale application (>2 MWel) in the field of electricity production from solid biomass.

The process of generating electricity from steam comprises following parts: a firing subsystem (biomass combustion), a steam subsystem (boiler and steam delivery system), a steam turbine with electric generator, as well as a feed water and condensate system.

Regarding steam turbine technology, backpressure turbines and extraction condensing turbines have to be distinguished. If there is a constant heat demand in form of hot water or low pressure steam all over the year backpressure turbines are used. At projects with the need of uncoupling the electricity and heat production extraction condensing turbines are applied, using the steam which is not or only to a low part required for heat supply in the low pressure part of the turbine to increase electricity production.

Working principle and integration in a biomass CHP plant

A simplified flow sheet illustrating a typical biomass CHP plant based on an extraction condensing turbine process is shown in Figure 1. 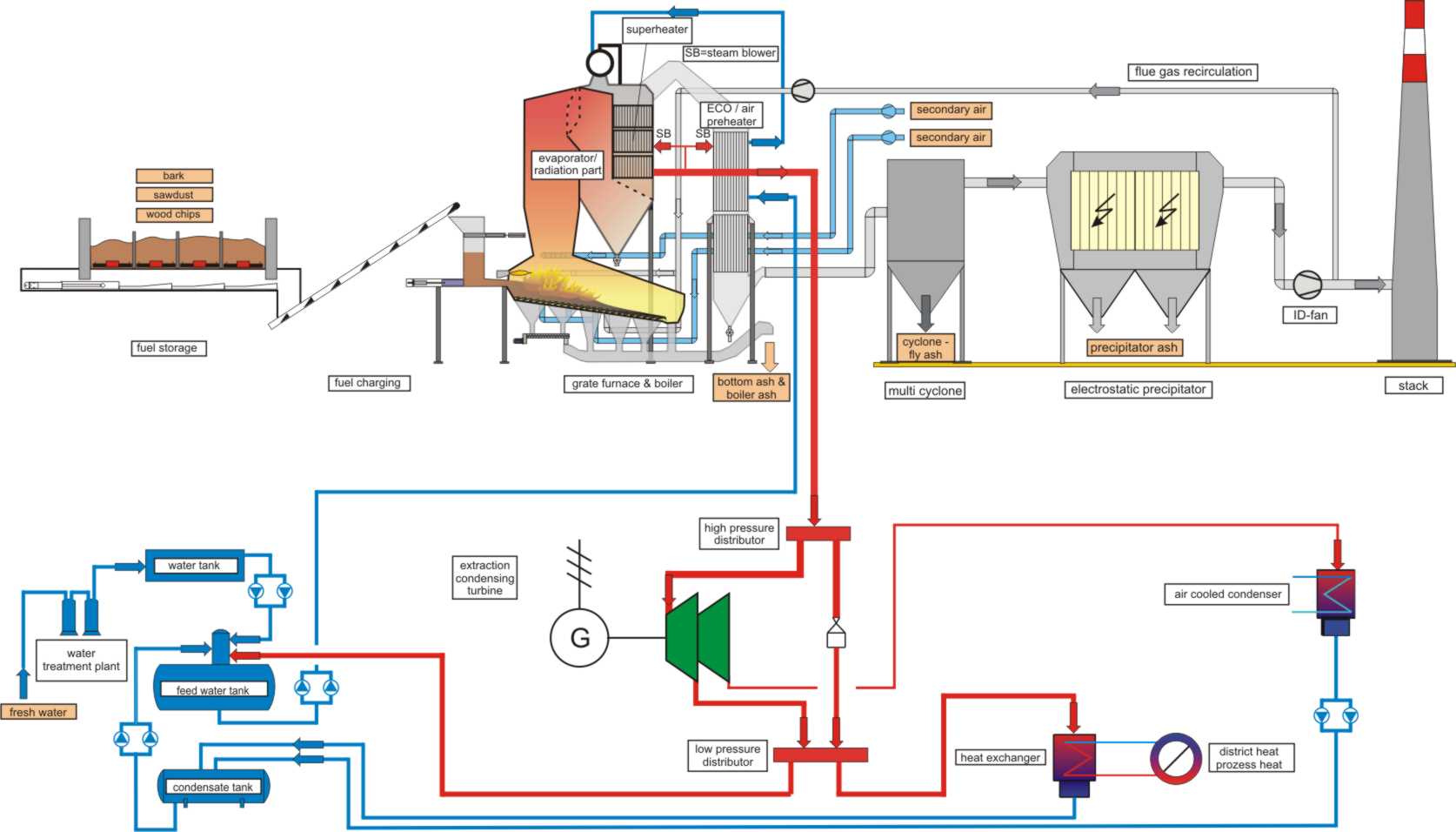 Figure 1: Simplified flow sheet of a CHP plant based on an extraction condensing turbine process

The fuel is fed from the fuel storage to the combustion unit by different conveying systems which are adapted to the different kind of fuels (bark, wood chips, sawdust, biomass residues) and the conditions on site regarding delivery of the fuel, intermediate storage and degree of automation.

In moving grate furnaces the fuel is fed onto the grate either by pushing the fuel horizontally onto the grate or by screw conveyers or spreader stoker systems. Moving grates are consisting of fixed and moveable rows of grate bars. 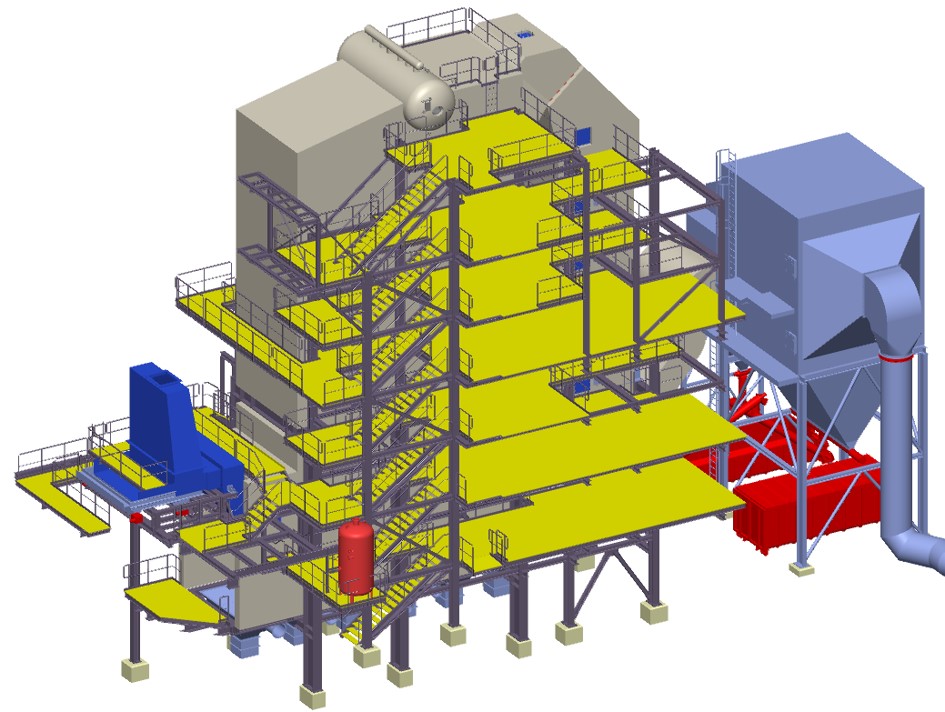 After the water-steam circuit, feed-water is heated in the economiser to a temperature below the saturation point. The economiser is on the water side the first heat-exchanger of the boiler collecting heat from the flue gas downstream superheater exit.

In the combustion chamber, the chemically bounded energy of the fuel is released and transferred across the boiler and heat-exchanger walls to the water steam circuit. The heated water is then evaporated in the boiler evaporator and attains the steam drum. Usually the evaporator tubes constitute partly the combustion chamber walls and are aligned in a vertical arrangement. The steam drum is located outside the flue gas flow. From the steam drum the saturated steam flows to the superheater section.

The superheaters extract heat from the hot flue gas to produce superheated steam. But it is necessary to turn one´s attention to possible high temperature corrosion mechanisms that may occur. Therefore, the position and flue gas inlet temperature into the superheaters have to be determined according to the biomass fuel used.

After the boiler multi-cyclones and electrostatic precipitators or fabric filters are commonly used to remove dust from the flue gas.

Superheated steam at high pressure and high temperature is ducted via pipes to the steam turbine where it is consumed and de-pressurised.

From the extraction condensing turbine steam is extracted at a pressure state which is pre-determined by the heat consumers. The main part of this extracted pressure steam passes to the heating condenser and a smaller part is used to transfer heat to the feed-water. The rest of the steam expands in the low pressure part of the turbine to the condenser pressure state and is then cooled at constant pressure. Depending on the conditions on site dry air-cooled condensers or water cooled condensers are installed.

In general the turbogenerator unit includes the modules:

De-ionised water is used for the water steam circuit in order to keep an undisturbed operation. In the water treatment unit dissolved and undissolved impurities of the natural water must be removed.

Losses in the water-steam circuit caused by blow-down and sampling are replenished by de-ionised water from the feed water treatment unit.

Relevant technical data and efficiencies of the steam turbine process