Among various energy conversion systems, fuel cells are considered to provide the highest efficiencies and thus much attention is given to the development, optimization and integration of these systems. Fuel cells, unlike many other conventional systems, directly convert chemical energy of a gaseous fuel into electric energy, which reduces energy and exergy losses significantly.

Solid oxide fuel cells (SOFC) have some advantages compared to other types of fuel cells. They show high exergy efficiencies due to the high operating temperatures and a variety of fuels can be fed into an SOFC namely, hydrogen, natural gas, product gas from biomass gasifiers, biogas and ammonia, which may reduce the costs for extra fuel processing units. SOFCs have a wide range of applications and are considered as an attractive option for decentralised energy production. The working principle of SOFCs is based on ion exchange within an electrolyte from one electrode to another, which in turn produces electric power. As they rely on a solid electrolyte material they need high temperatures to be able to operate. The common temperature range for a solid oxide fuel cell is 600 - 1,000 °C.

Working principle of the SOFC

The principal parts of an SOFC (and any other fuel cell) include anode, cathode, electrolyte, sealing, interconnects, current collectors, separator plates, inlets and outlets. The working mechanism of the SOFC is shown in Figure 1. During operation of an SOFC, the oxidant (air or pure oxygen) is fed to the cathode. At the cathode oxygen ions are generated by the support of a catalyst.  Cathodes should have chemical stability in oxidizing environment and must be electrically conductive and catalytically active for oxygen dissociation. In the SOFC, oxygen ions move through the solid electrolyte which contains vacancies in its crystalline structure and thus enables the ions to pass through these empty spaces. Essential properties of the electrolyte are to be electrically insulating and inhibit fuel cross-over.

At the anode, the oxygen ions oxidize the fuel. Nickel (??) is a commonly used anode material for SOFC’s due to its good catalytic activity regarding oxidation and its high electric conductivity as well as its relatively cheap price. Usually, ?? cermets (ceramic/metallic materials) are used, which consist of ?? catalyst particles dispersed on a ceramic electrolyte structure. These electrolyte ceramics provide support for the nickel and since they have ionic conductivity, good accessibility of oxygen ions to nickel particles is provided. 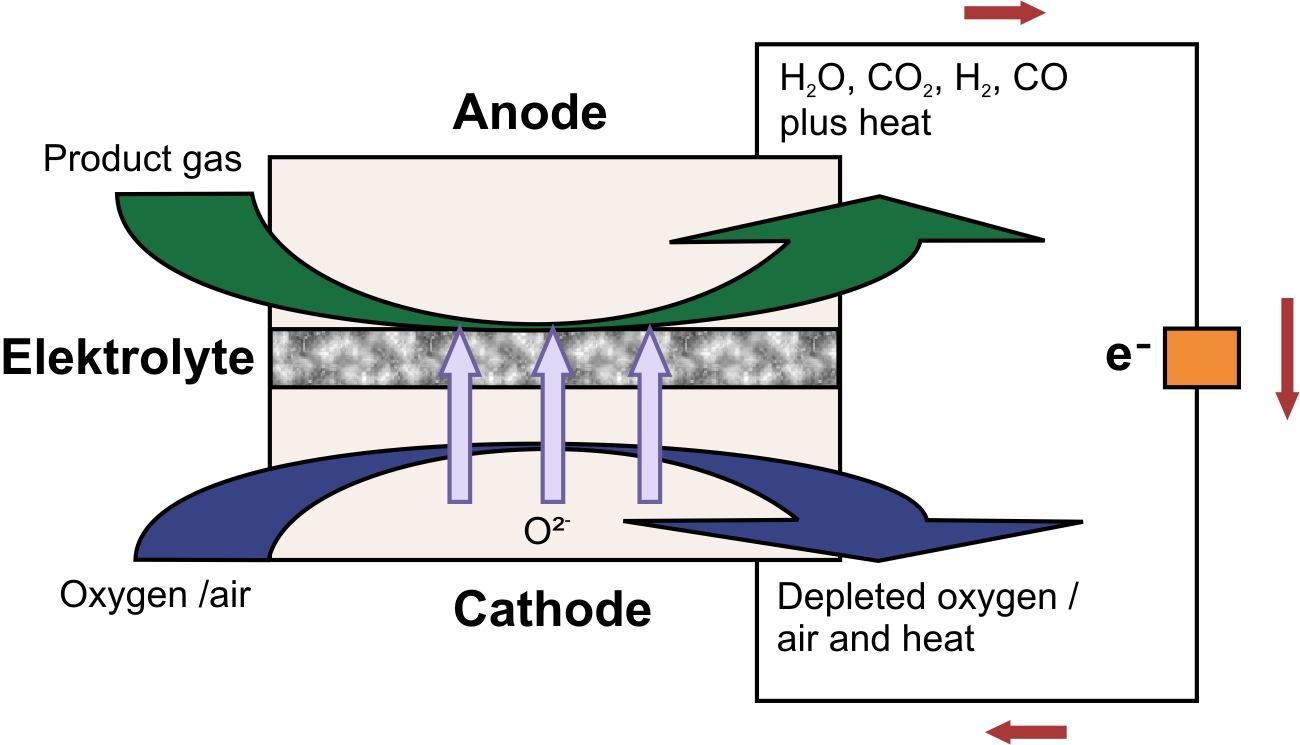 Figure 1:    Schematic illustration of the operation principle of an SOFC

Implementation of SOFC systems into biomass based CHP technologies

As the SOFC needs a gaseous fuel, the biomass has first to be gasified. Therefore, different gasification technologies (e.g. fixed bed updraft or downdraft gasifiers) may be applied. Moreover, contaminants such as S, Cl and particulates have to be removed in a gas cleaning unit. SOFCs can work with gases, which contain a certain amount of tars, however, usually tar reforming measures (a catalytic tar reformer) have to be applied in order to keep the amount of tars in the gas at an acceptably low level.

Figure 2:   Schematic and simplified illustration of a novel biomass CHP system based on SOFC technology

Within EU Horizon 2020 R&D projects, BIOS presently develops CHP technologies based on such an approach (see www.hieff-biopower.eu, www.flexifuelsofc.eu). From that, new highly efficient biomass CHP technologies consisting of a fuel-flexible fixed-bed updraft gasifier, a compact gas cleaning system and an SOFC unit are developed. Figure 2 shows the basic principle of this technology. The new technology will distinguish itself by a wide fuel spectrum applicable (wood pellets, wood chips, short rotation coppice, selected other fuels like e.g. fruit stones), high gross electric (above 40%) and overall (90%) efficiencies as well as equal-zero gaseous and PM emissions.

The system consists of a fuel-flexible updraft gasification technology with very low particulate matter and alkali metal concentrations in the product gas (which reduces the efforts for gas cleaning), an integrated high temperature gas cleaning approach and an SOFC system, which tolerates certain amounts of tars as fuel. Downstream the gasifier the gas cleaning unit shall be integrated consisting of a particle filter, a S and Cl-removal stage and a tar reforming stage, followed by the SOFC system. The off-gas from the SOFC stack module is then fully oxidised in a catalytic burner. The cathode air shall be pre-heated in a heat exchanger with the oxidised off-gas. The remaining heat in the off-gas is recovered for district or process heat supply. Figure 3 shows a testing plant of this technology installed at the testing facilities of BIOS.

Figure 3:   Testing plant consisting of a fixed-bed updraft gasifier, a gas cleaning unit and a SOFC system, installed at the testing facilities of BIOS

The novel technology will define a new milestone in terms of electric efficiency achievable in decentralised biomass CHP plants and will emit practically no emissions. Moreover, it will be rather fuel flexible.

A first relevant milestone regarding the development and implementation of such a technology based on biomass gasification, gas cleaning and gas utilisation in an SOFC system could be achieved in the EU-funded R&D project FlexiFuel-SOFC. With a testing plant installed at BIOS, stable system operation for a total of more than 250 hours could be realised. An electric output of 6.2 kW and a maximum electric efficiency of 42.5% (based on the net calorific value of the product gas entering the SOFC system) have been achieved. CO emissions of <1 ppm, NOx emissions of <7 ppm and dust emission below the detection limit (measured downstream the catalytic post-combustion of the exhaust gas from the SOFC stack module) underline that with this technology operation at practically zero emissions can be achieved.